Held at the famous shinty ground Mossfield Stadium, OBAN LIVE is the biggest live music event in the region of Argyll & Bute.

The event was created following the open-air concert ‘DECADE’ in 2015 – the 10thAnniversary celebration of trad-fusion band Skerryvore that attracted 6000 people from all over the world to Oban. Such was the reaction and impact of the event, 98% of attendees requested that it became an annual event. From this, OBAN LIVE was formed in 2016 with the aim of showcasing the very best Scottish and International artists as part of both the open-air concert and OBAN LIVE Fringe events.

Known as the ‘Seafood Capital of Scotland’, Oban boasts the finest and freshest seafood in the country that is available in the fantastic range of restaurants, bars & food venues throughout the town with many hosting special menus as part of the event and OBAN LIVE Fringe. Add to this some fine ales, drams, live music and craic – OBAN LIVE is a weekend celebrating the amazing culture and music of Argyll. Scotland. 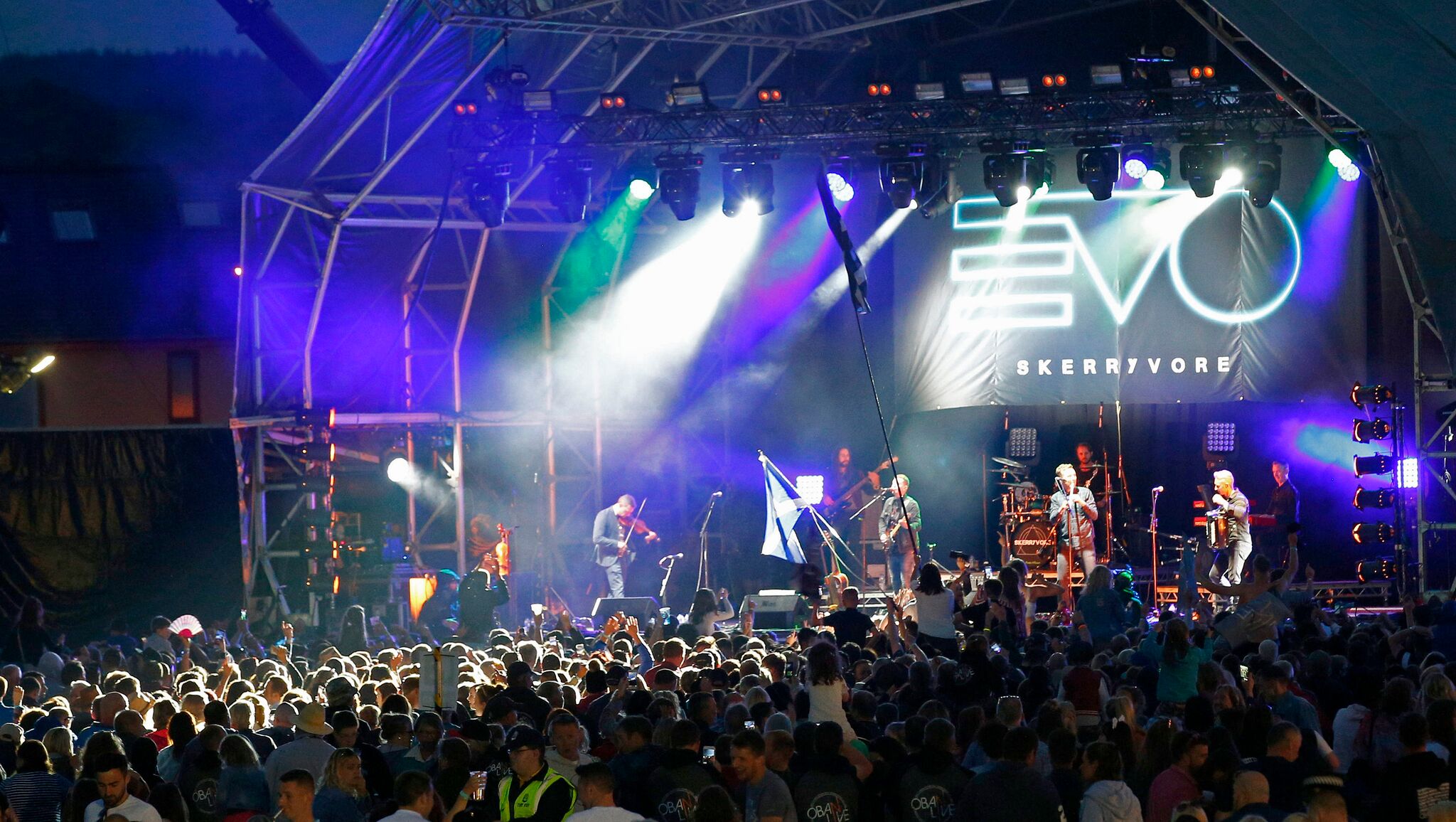