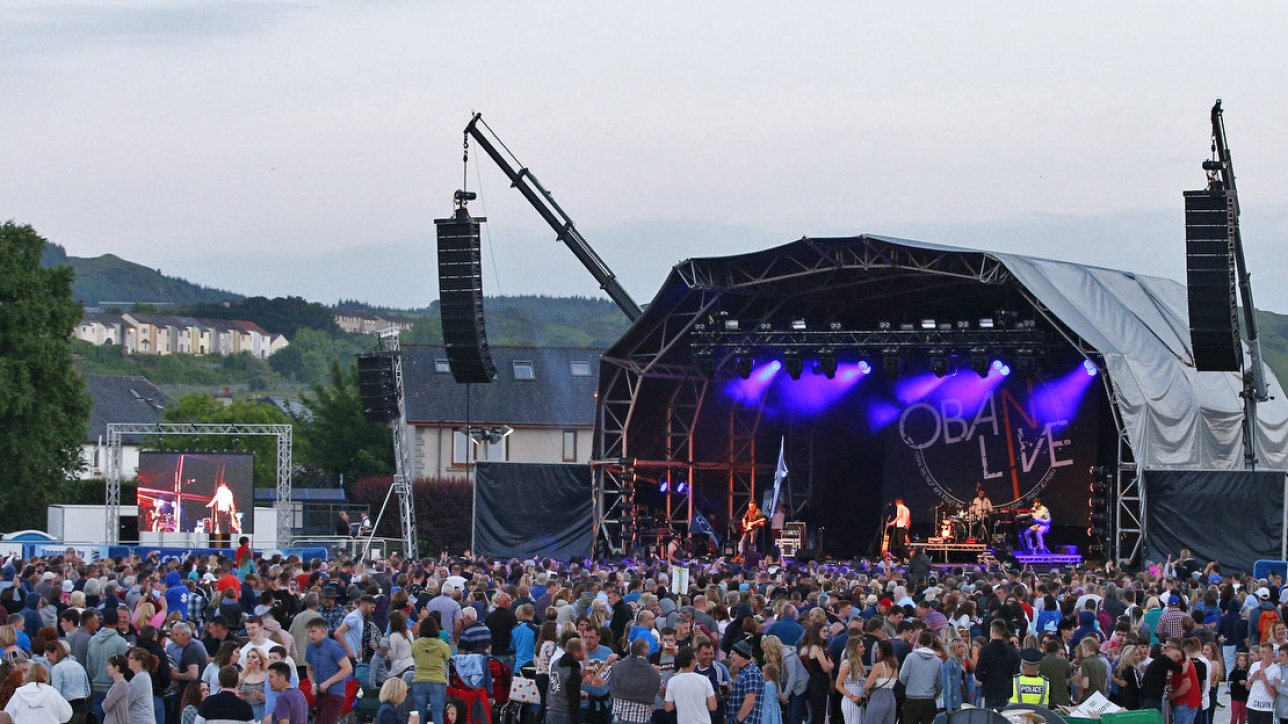 Argyll’s biggest outdoor music concert Oban Live came to a close last night, Saturday June 9, tallying up an attendance figure of just under 8,000 attendees over the two-days. Thousands of revellers made their way to Mossfield Stadium in the rural coastal town of Oban in the west coast of Scotland for the incredible spectacle, which transforms a shinty sports field into a major concert arena.

For a third year running, the massive cultural west coast party entertained visitors from all over the world, from as far as Australia and the USA, with an eclectic mix of Scots ‘Trad”, folk, pop and rock music, taking over the town which has a population of 8,000. Friday enjoyed a whole day of glorious sunshine and, despite mixed forecasts, the event luckily escaped the rain on Saturday as the sun shone in time for gates opening, staying dry for the rest of the evening.

An impressive all-star line-up of 24 top names in the Scottish traditional music industry also came together on Friday, exclusively for Oban Live, in an emotional collaboration named ‘Sons of Argyll’. The project paid homage to late inspirational figures from the region that played a key role in the lives and music of the performers involved.  Musicians from Tide Lines, Skipinnish, Skerryvore, Blazin’ Fiddles, Trail West and Gunna Sound, as well as this year’s Mòd Gold Medallists, Rachel Walker and Alasdair Currie, members of Oban Gaelic Choir and world class pipers, and many more well known names in the industry, were included in the project line-up.

A highlight for the weekend was the mind-blowing moment when Oban High School Pipe Band joined Skerryvore on stage for a performance of Soraidh Slan and The Rise, new tracks from Skerryvore’s Evo album, complete with light-up drumsticks. People also tuned in from all over the world as the moment was live streamed across social media channels.

Daniel Gillespie, Managing Director for Oban Live, said: “A massive thank you to everyone who joined us at Oban Live 2018 for yet another fantastic year. Bringing a concert of this scale to Oban would not be possible without the support of our attendees, the local Oban community, our partners and sponsors, our team and crew and our amazing volunteers. Thank you to everyone involved and we’ll be discussing plans for 2019 very soon.”