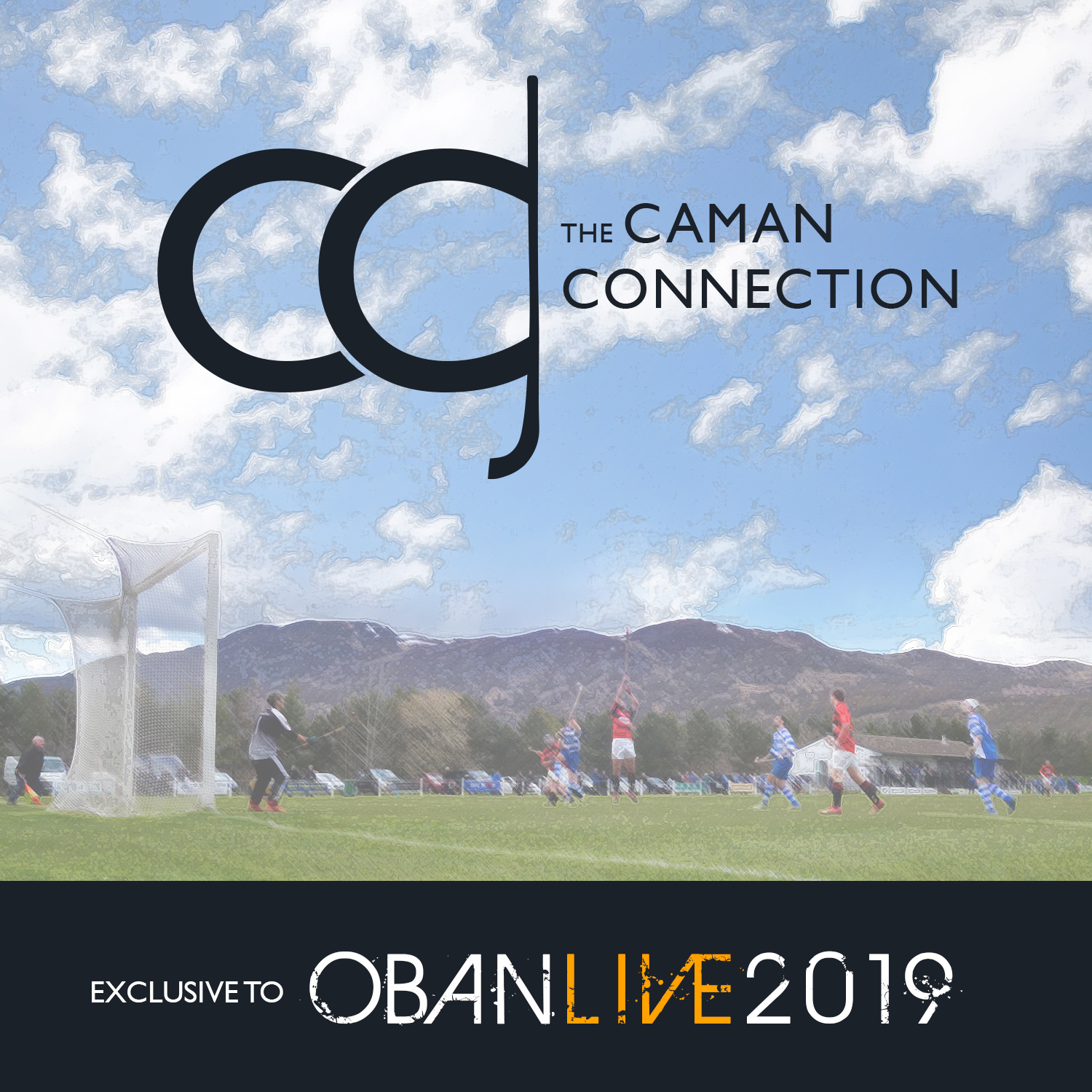 A star-studded line-up of Scottish traditional musicians who have an association with the sport of Shinty are coming together as The Caman Connection exclusively at next month’s Oban Live music concert in the famous Shinty grounds of Mossfield Stadium.

From Shinty anthem Clash of the Ash by Runrig to Fergie MacDonald’s The Shinty Referee, The Caman Connection will showcase the songs, lyrics and melodies that feature or have been inspired by the sport.

Being no stranger to Mossfield Stadium both on the pitch and on the Oban Live stage, the collaboration is lead by Scottish musician, broadcaster and former Scotland Shinty captain Gary Innes. Gary, who was just recently announced as the first Camanachd Cup Ambassador, will be joined by Iain Bayne (Runrig), Donald Shaw (Capercaillie), Mischa MacPherson, Fergie MacDonald (The Ceilidh King), Ewen Henderson (Mànran), Alec Dalglish (Skerryvore) and Steve Byrnes.

It is set to be a colourful spectacle too as each musician in the group will proudly don their Shinty club strip and colours during the Oban Live set.

Highlighting the growing popularity and strength of women’s Shinty over recent years, Gary has also written, exclusively for the Oban Live collaboration, a new song named Feel the Power which will be performed by the talented Lewis-born Mischa MacPherson, 2014’s BBC Radio 2 Young Folk Award winner and Gaelic Singer of the Year at the MG Alba Scots Trad Music Awards.

Waterford born musician Steve Byrnes will represent Shinty’s shared roots with Hurling, Ireland’s native Gaelic game that is thought to date back several thousands of years. Steve was brought up in the great Hurling county of Waterford, Ireland, and played the sport throughout his school years. Hurling and Shinty have a strong connection to Oban’s Mossfield Stadium as, up until a few years ago, many of the Shinty-Hurling internationals between Scotland and Ireland were played in the same grounds.

The return to Mossfield Stadium for Gary Innes to perform and celebrate music influenced by Shinty, alongside his fellow musicians, is expected to be an emotional experience for the star.

Gary said: “My last ever game of Shinty was at Mossfield Stadium in 2014 where we won the league. I wrote ‘The Caman Man’ as a poem the day after and I certainly never thought for a second I’d be singing it five years later on the same field. To go on the Oban Live stage and perform music that celebrates the sport in the famous Shinty grounds of Mossfield, as well as playing alongside such a talented group of musicians as part of The Caman Connection will be unforgettable.”

He added: “Feel the Power is a song for all the wonderful women who have graced the Shinty fields. It’s so positive to see women’s Shinty continuing to flourish at every level and age group and having just welcomed our own little daughter Gracie into the world a couple of weeks ago I felt Oban Live would be a fitting occasion to mark with this special band all the young women, mums and grannies, past and present, who have contributed to the development and longevity of our special game.”

Daniel Gillespie, Managing Director for Oban Live and co-founding member of Skerryvore said: “It is a real honour for Oban Live to have such a wealth of talented Scottish traditional musicians come together to bring the culture of the sport from the pitch onto the stage. Many of the audience will have stood on the edges of the Mossfield pitch to watch the games or will have played or have family connections to the sport. The range of Shinty anthems scheduled for the set will, therefore, most certainly spark some memories and bring along with it some great craic too!”

He added: “A huge thanks to Gary for creating and directing this amazing collaboration for Oban Live.”