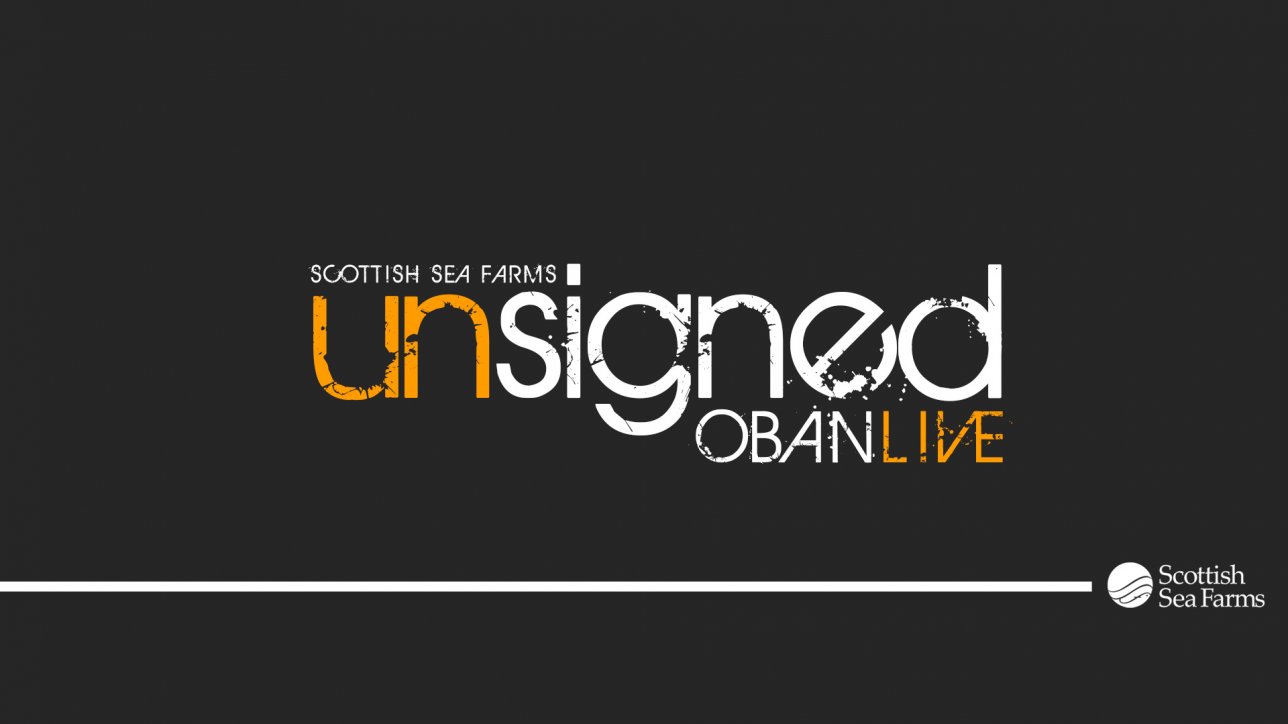 Argyll’s biggest outdoor live music concert Oban Live has teamed up with leading salmon grower Scottish Sea Farms to give talented musicians the opportunity to win a stage slot at the rural stadium gig this June.

The winners will join a whole stream of international Celtic, rock and folk acts confirmed for the 2019 event, attended by thousands on June 7 & 8, including Skerryvore, We Banjo 3, Red Hot Chilli Pipers, Lucy Spraggan and more.

The new Scottish Sea Farms Unsigned Oban Live campaign launched on social media on Tuesday night and is now open for entries. Two slots at Oban Live 2019 are up for grabs, with one winning act being from the local area of Oban and one from the rest of Scotland. A panel of judges will select a shortlist from each category and then it will be up to the public to vote for the winners.

The competition sees big changes this year with opportunities widened up to the whole of Scotland and the introduction of a new title sponsor Scottish Sea Farms.

Georgie Mackenzie, Coordinator for Scottish Sea Farms’ Heart of the Community initiative said: “Encouraging and supporting emerging talent is something we put a lot into at Scottish Sea Farms, both in terms of our own teams and the local communities in which we live and work. So to be approached about partnering Unsigned Oban Live seemed like a really good fit; one that will give even more local and Scottish talent the chance to shine.”

Daniel Gillespie, Managing Director for Oban Live and co-founder of Skerryvore who started the event in 2016, said: “We are incredibly grateful for the support from Scottish Sea Farms. Their Heart of the Community initiative is well suited to our talent competition and the event itself as bringing people and musicians together for the good of the community is at the core of everything we do here at Oban Live.”

He added: “Not only is Oban Live the perfect stage for musicians to showcase their talents in front of thousands, but it is also an excellent opportunity to get hands-on experience of performing in a stadium-sized arena. Good luck to all who enter and we look forward to receiving entries and seeing who the public chooses in the coming months.”

The prize package also includes a performance slot at the Official Oban Live 2019 After Party at The View, Oban, a major part of the Oban Live Fringe Programme, and access to the concert both days so they can enjoy the party too. Winners and shortlisted artistes will be able to enjoy some well-earned attention in campaign promotions on Oban Live and Scottish Sea Farms social platforms and beyond.

Those shortlisted in the local category will also battle it out at a special shortlist night in April at The View, Oban, as part of their campaign for votes.

Musicians interested in entering will be asked to submit examples of work including live performance footage and links to music. To enter and for full terms and conditions visit www.obanlive.com/unsigned.

Tickets are on sale now for Oban Live which takes place on June 7 & 8, 2019, at Mossfield Stadium in Oban. Visit www.obanlive.com.