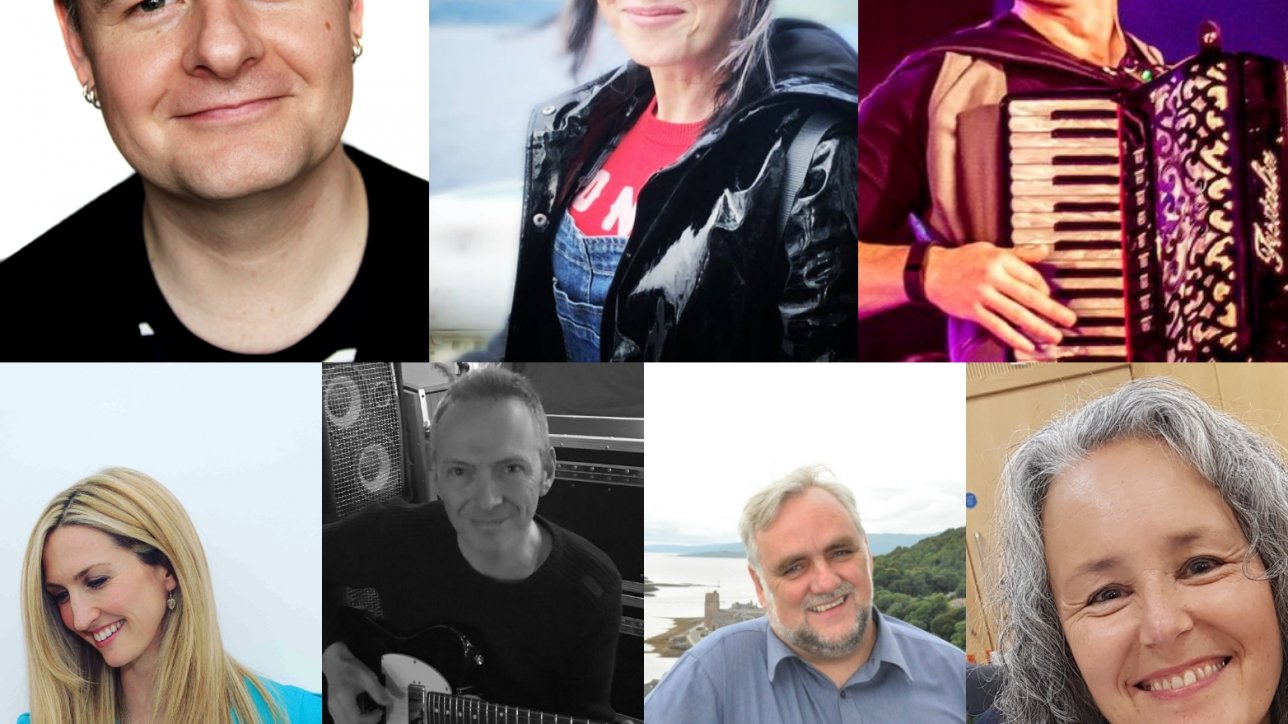 Thank you to all those who have entered our Scottish Sea Farms Unsigned Oban Live competition 2019! Applications are now closed and have been handed over to our panel of judges. Who is judging this year? Take a look below and find out!

Vic Galloway is a broadcaster, journalist, musician and author based in Scotland. With 20 years of experience from 1999 until now, he has presented weekly music programmes for the BBC including over 11 years for Radio 1. He continues to broadcast and champion new music on BBC Radio Scotland every week and regularly on BBC 6Music, alongside documentaries for various radio and TV networks. As a journalist Vic has written for CLASH, Gigwise, The Skinny, The List, The Times and Sunday Herald. He is also a musician, DJ, curator and event host. His first book ‘Songs in the Key of Fife’ (about The Beta Band, King Creosote, KT Tunstall, James Yorkston & the Fence Collective) was published 2013 and was well received. His following book ‘Rip It Up – The Story of Scottish Pop’ was published in collaboration with the National Museum of Scotland in June 2018, alongside accompanying Radio and TV series.

Laura Boyd is the Entertainment Reporter for STV News, interviewing stars of music, stage and screen, as well as covering events and culture news across the country. With a passion for music, she likes nothing better than meeting and supporting rising stars. Happiest when in the middle of a crowd, singing along at a festival.

Daniel is a founder member and accordion player with international trad-fusion sensation Skerryvore. He is also the co-founder of Tiree Music Festival and Oban Live.

Crowned Traditional Singer of the Year & Traditional Dance Champion at the 2015 Pan Celtic Festival, Joy Dunlop is a Gaelic singer from Argyll, Scotland. Joy’s singing career is the result of a life–long fascination with Scotland’s traditional music and has led her all over the world; from major Celtic festivals to touring the UK, Europe, Canada, USA, Japan and New Zealand.

Through her singing, she showcases Gaelic music and song in a contemporary way that always remains true to its roots.

Nominated as Gaelic Singer of the Year 2016, 2011 & 2010, she has also won both the coveted Royal National Mòd Gold Medal and the Oban Times Gold Medal.

A fluent Gaelic speaker, Joy presents shows on BBC ALBA and makes frequent appearances on Radio nan Gàidheal. She is also an award winning Scottish step–dancer and was the first person to win both the Pan Celtic traditional singing and dancing competitions in the same year.

Finlay is the owner of Nutshell Music in Oban, guitarist for band COAST, record producer, and a tutor in guitar, bass and audio engineering.

Susan is Group Editor at Wyvex Media which includes The Oban Times newspaper, media partners and supporters of Oban Live.

DANIEL GILLESPIE (AS ABOVE).